81 Words of Inspiration | Forgive and Be Free 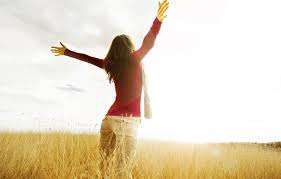 Making mistakes in life is a part of every human being’s journey. There was a great story in antiquity (over 2,000 years ago) where in a certain land existed a law that if someone did a particular wrong thing & were caught, they were then publicly stoned to death (horrific I agree). One of the spiritual leaders of the time felt compassion for a lady who was about to be stoned to death by a group of men and he declared to the crowd “He who has never made a mistake can now cast the first stone”. Immediately, because this leader was respected and revered, one by one each man threw away their stone and walked away. Eventually all the men had walked away and no one was left to stone her, so the lady was spared her life.

This story was a clear illustration that every human being makes mistakes so let’s not kid ourselves by accusing others of wrong doing without looking at ourselves first. So it is with forgiveness. When we hold onto the hurt because someone did something that was wrong to us, we are actually holding ourselves back by not acknowledging the truth, that is, that all people have flaws and sometimes hurt others. The only way to let go if someone has done the wrong thing is to forgive them, let them be cleansed out of your consciousness and then live free once again – a bit like a weight lifted off your shoulder.

We forgive not because we are letting the other person off the hook per say, but because we realise everyone makes mistakes and more importantly we realise that by letting it go we free ourselves from any further torment. There is no benefit to holding onto these hurts – let go, and be free. I encourage you today to think about who you need to forgive; perhaps you need to forgive yourself for errors past or present so that you can free your mind and soul to get on with enjoying life and being your best.

Live with passion, stay on your life purpose, and always be at peace. 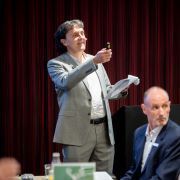 His areas of passion include:

Stan is an entrepreneur with business interests in various states across Australia.

As South Australia’s foremost authority on “Peak Life Performance” and “Leadership Psychology”, Stan has a passion for the development of Human Potential through the use of Rapid Change Technologies.

Stan is a prolific reader of books and material on self empowerment and has attended numerous programs around the world on personal development, management, marketing, public speaking, and wealth creation. He is a worldwide accredited NLP Trainer (Neurolinguistic Programming).

Stan focuses on continuous and never ending improvement of himself and his teams of partners and associates as well as selfless contribution to others. He is an inspiring and motivating speaker, author, coach, and entrepreneur. He desires to expand people’s lives and to expand his charitable quests.

Best wishes to you as you live a life of passion, purpose and peace as an open minded progressive human being.

Stan is considered to be one’s “ultimate” life and business coach.

Protected: Member Resources | May 2021 | Leading with Influence with Erma R...

Voice of Inspiration | What Others Think
Scroll to top