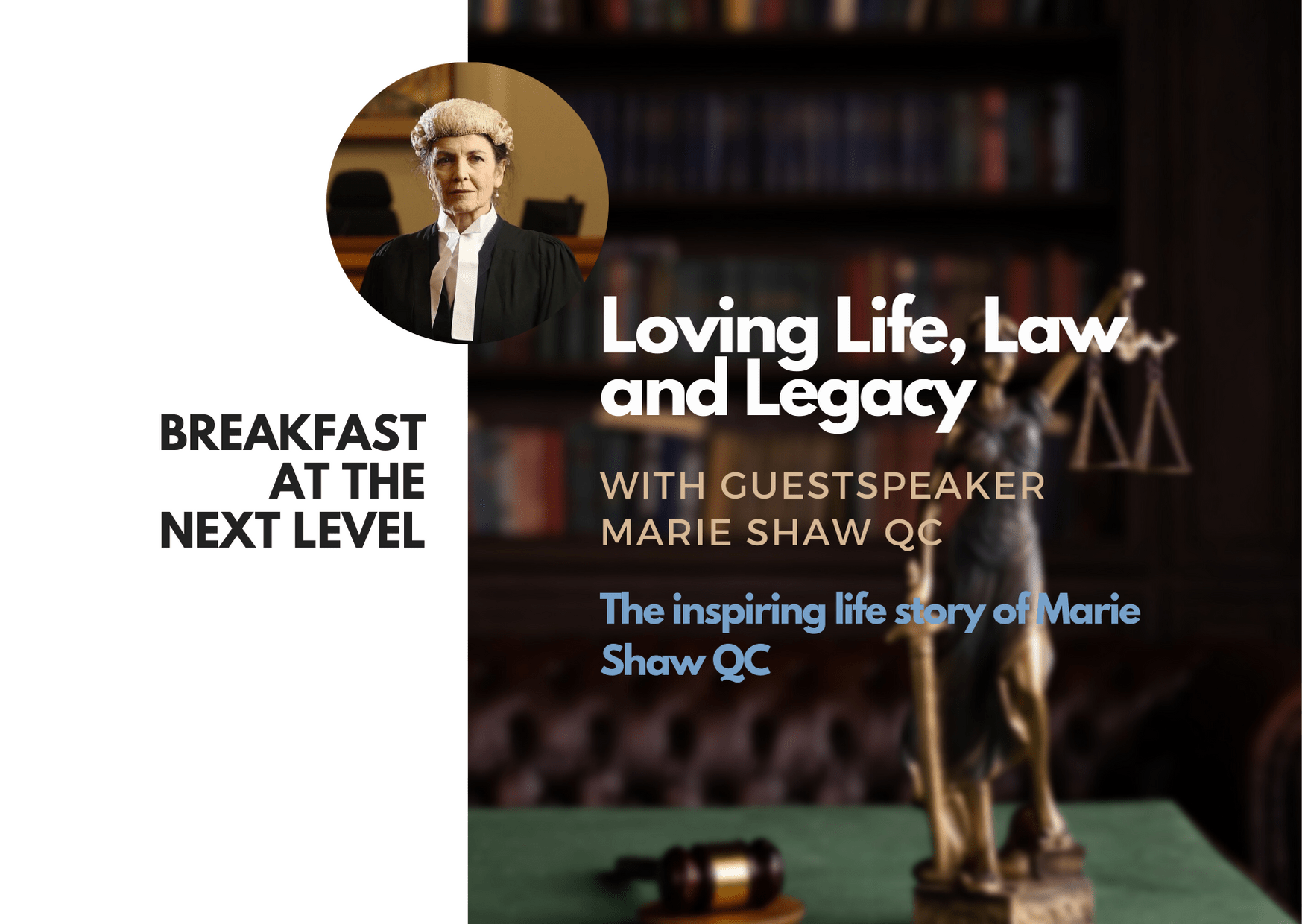 Join us at Breakfast at the Next Level, on Wednesday 2 June 2021, when we meet Marie Shaw QC. She is a pioneer and trailblazer in the legal profession as well as a lifechanging force lovingly shaping at risk youth into extraordinary community leaders.

With a burning passion focussed on improving community wellbeing, Marie’s work as the Co-founder of Ice Factor Program for at risk and disengaged youth -since 2005, is making a profound difference to the lives of young people of diverse cultures and backgrounds. It currently supports youth in 17 high schools in S.A through the discipline and teamwork, training and playing competitive ice hockey.

Starting in 1975 as a young clerk, working for Moran & McRae, Barristers & Solicitors, Marie worked hard during these years and as a result she became a partner in 1982 and commenced practice as a Barrister at the Independent Bar in 1985.

Over the next four decades, Marie made a powerful impact in the High Court, Federal Court, Supreme Court, Industrial Court, Family Court and the various Tribunals.

In her early years, growing up in Warrachie, Eyre Peninsula, Marie had burning willpower to achieve an education. Coming from a small country town, Marie felt she had to fight her way to the top, leaving her with a sense of not fully belonging.

Once at Loretto College boarding school, Marie made an admission that she could use hard work to overcome a sense of inadequacy and low self-esteem. She joined a school debating team, which won her an American Field Service Scholarship to live in the US for a year. After returning home, Marie concentrated her new experiences into something positive, and that ambition still frames her life today.

Meeting her future husband Phil, a police cadet at the time, her path into law was opened. Her longstanding marriage to Phil is a rare achievement among barristers, a first marriage still going 44 years later.

After they had two children Marie and Phil decided to move to the country, to Bute, wanting her family growing up as she had.

After two years they bought a small farm at Mallala, which they still own today, and had their third child, diagnosed with dyslexia in her early years. It was the start of a difficult journey that brought Marie indirectly to her great passion, which is the Ice Factor. She is a dedicated philanthropist and devotes most of her spare time to the Ice Factor program which helps troubled teenagers, for whom the system is ready to give up on.

Marie has seen countless kids in court and knew what they had been through to get there – a trail of neglect, dysfunction, alcohol and drugs. She thought ice hockey might help these kids who couldn’t cope with school. The first 15 “Ice Factor kids” were from Parafield High and they were from “the dungeon” where they went during the day instead of normal lessons. Some were homeless and addicted to drugs, and had been in trouble fighting or stealing cars. That was the first pilot project 12 years ago.

Helping others is what Marie loves, and it is the Ice Factor program that drives her and gives her a sense of her own value. “This program is preventing so many kids from ending up in the criminal justice system — and not costing the state $100,000 a year,” she says. “So many of them go on to have very strong and productive lives.”

The SOL Results team looks forward to welcoming you.

Join us at Fedoras Restaurant – or join via Zoom

Breakfast at the Next Level | May 2021 | Leading With Influence