“The passion to succeed: Discover what it takes”

Francis Wong is a leading Australian Chinese business entrepreneur and company director with around 30 years’ experience in developing positive relationships between Australia and Asia.

He migrated from Brunei in 1988 to establish Encounter Australia Pty Ltd, which later became one of the most awarded tourism companies in Australia.

With his tourism connections, he was able to convince the peak tourism industry body, Australia Tourism Export Council to allow South Australia to establish a branch, to ensure the tourism industry has a platform to attract international tourism and was appointed as the inaugural Chairman for the Council.

Sport diplomacy is another important element of Mr. Wong’s successes. He has been involved with a variety of sporting events in South Australia.

In 2014 on Australia Day. Mr. Wong was awarded by the Australian Government the Order of Australia Medal OAM for his contribution to business and community. Since the federation of Australia, there are only 200 of such awards been presented to Asian in Australian.

In 2016, he was conferred the Knight of Malta, Order of Saint John, which carries the title of Chevalier. 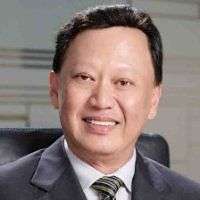