As South Australia’s first Chief Entrepreneur, Jim Whalley has been appointed to provide strategic advice to enable entrepreneurialism across all forms of business, industry and public sector in South Australia.

The Chief Entrepreneur, together with the Entrepreneurship Advisory Board, will support entrepreneurs to build their capabilities and their confidence, to make sure they have the skills to grow a business from concept through creation, bring their ideas to market and turn their innovations into commercial outcomes.

Jim is the Chair and co-founder of innovative defence industry company Nova Systems. He is a former air force fighter pilot and test pilot and holds a Master of Business Administration, a science degree and has completed the Harvard Business School OPM Executive Education Program. Jim is a member of the Sir Ross and Keith Smith Advisory Committee, the council of the University of South Australia, the board of the Adelaide Festival, the Federal
Government’s Defence Innovation Steering Group and a non-executive director of Australian Naval Infrastructure. 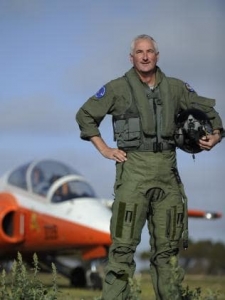 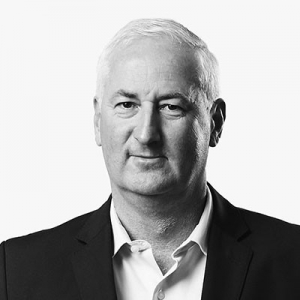 Described as a cross between Tom Cruise and Richard Branson, Jim Whalley, South Australia’s first Chief Entrepreneur and Chair and Co-Founder of Nova Systems, will be our guest speaker at Breakfast at the Next Level, on Wednesday 7th August 2019.

A former Air Force fighter pilot and test pilot, Jim has recently undertaken the duty of supporting our state’s business champions across all forms of commerce, industry and public sector to build their capabilities and confidence and, ultimately, turn innovations into commercial outcomes.

In the year 2000, Jim Whalley co-founded Nova Group, which has become one of Australia’s largest privately-owned defence professional service providers. The company has grown to a workforce of more than 600 people throughout Australia, New Zealand, Singapore, Norway and the UK. Defence is just one aspect of Nova Group’s customer base. Thanks to the Nova’s expertise in systems engineering and complex project management, expansions have included work in aerospace, satellite communications, utilities, mining and rail. Most of the staff at Nova are former military personnel with post-graduate qualifications in a range of fields including flight test and electronic engineering, project management, and oceanography.

Named as one of the top 20 fastest growing companies in South Australia over four consecutive years, Nova Group is also listed as a Business Review Weekly Fast 100 company. BRW also named Nova Group as one of the ‘best places to work’ in Australia, and one of the nation’s most innovative companies.

In September 2018, Premier of South Australia Steven Marshall appointed Jim as the state’s inaugural Chief Entrepreneur with a mission to advocate for economic growth. As Chair of the Entrepreneurship Advisory Board, Jim provides independent advice to the Government on innovation and entrepreneurship policy. His duties include supporting the state’s business champions to build their capabilities and their confidence, ensuring they have the skills to grow a business from concept through to creation. Furthermore, Jim and the board help our state’s brightest businesses to bring their ideas to market and turn their innovations into commercial outcomes.

Along with being a graduate of the Royal Air Force and the Empire Test Pilots’ School, the qualifications backing Jim’s business credentials are many, including a Master of Business Administration from the University of Adelaide, a science degree in physics from the University of New South Wales, and completion of the Harvard Business School Owner/President Management Executive Education Program. His previous roles have included Chair of the SA Defence Industry Association, the Defence Teaming Centre, Deputy Chair of the Repat Foundation, and membership of the Australian Industry Group Defence Council.

Jim serves on a number of committees, including the Sir Ross and Keith Smith Advisory Committee, the council of the University of South Australia, the board of the Adelaide Festival, the board of directors of the American Chamber of Commerce in Australia, the Federal Government’s Defence Innovation Steering Group, and he is a non-executive director of Australian Naval Infrastructure.