Welcome the Month of July, when we catch up with Rod Hook – Former Chief Executive of DPTI. Rod Hook is a highly respected and experienced leader having been involved in initiating and delivering outcomes in a wide range of sectors including infrastructure, transport, planning, environment and property services.

His previous role was Chief Executive of the Department of Planning, Transport and Infrastructure leading 3,500 staff. Rod also held the positions of South Australia’s Commissioner of Highways, the State’s Rail Commissioner and the State’s Coordinator-General.

Rod Hook is best known for his leadership roles in successfully delivering the following infrastructure projects that have changed the way people live, work and do business in South Australia:
• Major redevelopment and renewal projects including Holdfast Shores Redevelopment, West Beach Boat Harbour, Adelaide Convention Centre Redevelopments and the Riverbank Footbridge.
• Major elite sporting facilities including the Adelaide Oval Redevelopment and State Aquatic and Leisure Centre.
• Adelaide’s public transport revolution including upgrades to Adelaide major rail corridors, electrification of the Seaford line, extension of Adelaide’s light rail network and acquisition of new trains, trams and buses.
• Adelaide’s major transport projects including the Port River Expressway bridges, the Northern Expressway, the Bakewell Bridge replacement, North-South road corridor works such as the Superway and the Gallipoli Underpass, the Southern Expressway duplication and the Britannia Roundabout redevelopment.
• Economic infrastructure delivered in partnership with the private sector including the deepening of the shipping channel and grain terminal developments at Outer Harbor.
• Green infrastructure including Aquifer Storage and Recovery and Waste Water Re-use schemes and development of coastal and national parks.

Rod is also an experienced Board Director, having held diverse roles such as Chairman of the Australian Procurement and Construction Council and Board Member of the former Land Management Corporation/Urban Renewal Authority and the former TransAdelaide. 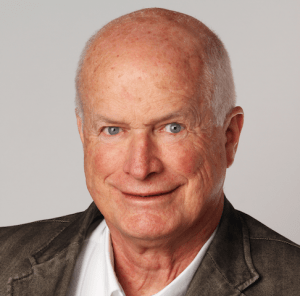 in the comfort of your home