In 1974 Roger established Drakes Supermarkets purchasing a three lane supermarket in an inner suburb of Adelaide. The company has grown opportunistically since then, now being the largest independent grocery retailer in Australia with over 60 stores across South Australia and Queensland, which also include news agencies, liquor stores and post offices.

Drakes Supermarkets currently employees some 6000 staff and in 2013 Roger’s lifelong dream was realised when the company reached sales of $1 billion. The company’s strength lies in operating on the principles of a family business and supporting local manufacturers & suppliers. Despite its expansion, the company remains focused on the important aspect of the supermarket business – THE CUSTOMER, striving to always provide superior customer service. This is the company’s competitive edge – along with its family values and Australian roots.

It was 1991 when John-Paul Drake commenced his supermarket retailing career.

John-Paul was fortunate enough to be born into the world of retailing and from a very young age whilst at school he commenced in the family business. Under the policy of Drakes Supermarkets, although being a family member he has had to work his way up from trolley boy to Store Manager; and then on to State Manager of the Queensland business.

John-Paul has now returned to SA and reports directly to the General Manager in his role as Assistant General Manager. He also heads up the Digital team; which focuses on all aspects of digital marketing including on-line shopping & the Drakes Platter site.

John-Paul strongly believes that the customer is always right and customer satisfaction is his number one goal! 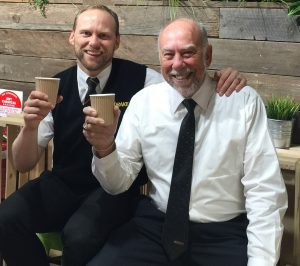