Bronwyn Klei is not only a leader, she is something of a ground breaker – one of the very few Australian women to have led a major men’s sporting team.

Before recently joining Netball SA as CEO, Bronwyn was General Manager of the Adelaide Strikers T20 cricket teams – both the women’s and the men’s – winning the men’s national championship in 2017/18.

In that role, Bronwyn helped create a successful, high-profile sporting business which attracted an average of 40,000 people to each home game with more than a million others watching on TV.

Actually, that was only part of her role at the South Australian Cricket Association. She was also General Manager of Events, Sales and Commercial, responsible for a multi-million dollar income stream.

A recent past-President of both the Adelaide Hills Netball Association and the Aldgate Netball Club – she still plays and umpires!

Twice a Telstra Business Woman of the Year finalist, Bronwyn is also a Director of the International Women’s Forum, a global networking organisation for senior female leaders, and has her own company – Sunstone Coaching – which focuses on helping young women to better navigate through the business world. 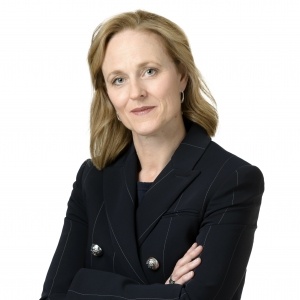 Join us at our opening Breakfast at the Next Level event for 2020 on Wednesday 5th February when we welcome Bronwyn Klei, Chief Executive Officer of Netball SA. Formerly the General Manager of the Adelaide Strikers men’s and women’s teams and General Manager of Events, Sales and Commercial for SACA, Bronwyn will share some of her insights about the importance of team sport in South Australia from grassroots development to national and international competitions.

Bronwyn played a key role in the establishment of the Adelaide Strikers men’s team in 2010-11, and managed their increasing success, most notably their championship in 2017-18. The building popularity of the T20 format has seen a revival of interest in cricket in the state, particularly among families and younger people. The fast, family-friendly format of T20 cricket appeals to a broad range of fans, and they are attending games by the tens of thousands. An average of 40,000 people attends each Strikers home game, and more than a million others are watching the free-to-air television broadcast.

In Bronwyn’s sales and event management role for SACA, which she managed in conjunction with her work with the Strikers, she oversaw a team of people responsible for organising all major events for cricket at Adelaide Oval including international Test matches and one-day games.

The professional experience Bronwyn gained among the South Australia-based cricket community blends beautifully with her personal interest in netball. She has played since she was five years old, and continues to do so, as well as taking up the umpire’s whistle for the Aldgate Netball Club. She has served as President of her home club, as well as the Adelaide Hills Netball Association.

Since accepting the top job at Netball SA in March 2019, Bronwyn has strengthened her view of the importance of the sport in SA, ranking as the most popular for girls and women in the state.

“My vision for Netball SA is to ensure we are equipping our 40-plus associations with the tools and services they need to be able to grow the sport in their region. We need to make sure they are well-resourced and well-run netball clubs,” Bronwyn said.

Another item on Bronwyn’s list of projects is the redevelopment of the ageing Priceline Stadium netball facility, at Mile End. Built in the 1980s, Bronwyn said it is sub-par with interstate netball centres.

“We need to ensure that SA has the right infrastructure for growth. This is part of actively growing our sport, contributing to SA communities, and looking at things that affect women and our members, and making sure we are playing a positive role,” Bronwyn said.

Lifting the on-court performance of the Adelaide Thunderbirds in the Suncorp Super Netball league is another of Bronwyn’s priorities.

“The Suncorp Super Netball league is an awesome level of competition. There are no easy matches. We are looking for the Thunderbirds to finish in the top four in 2020. We are here to be competitive and win, not just to make up the numbers,” Bronwyn said.

A two-time finalist in the Telstra Business Woman of the Year awards, Bronwyn is also a director of the International Women’s Forum, a global networking organisation for senior female leaders. She also runs her own company, Sunstone Coaching, which helps young women to navigate the business world.

This is an event not to be missed. Join us in February to learn how Bronwyn Klei is a driving force in the development of sport in SA, from beginners to world-class competitors.

The SOL Results team is looking forward to welcoming you to the February breakfast. Buy your tickets now to secure your place! 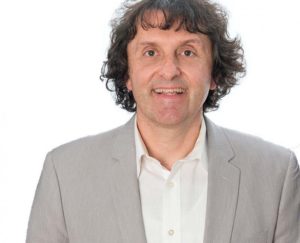