“How To Make Money In The Adelaide Property Market”

The Hickinbotham Group is the largest and longest established building and development group in South Australia having constructed over 40,000 homes and employing directly and indirectly more than 3,000 people. It is also one of the largest private companies in South Australia and owns a number of market leading home building brands and associated brands, including ‘Keystart Finance’, ‘Subdivision Solutions’ and ‘Hickinbotham Invest’. The Hickinbotham Group masterplans and creates thriving community developments throughout Adelaide and surrounding areas and over recent years has commenced land developments in Melbourne.

Michael has a strong interest in innovation, education and community building and, in response to the South Australian government’s inability to fund public schools in a highly constrained capital environment in the mid 1990’s, pioneered the establishment of Woodend School, the first privately owned public school in Australia and, one of the first in the world. This school was delivered in record time and received national and international attention.

Prior to joining the Hickinbotham Group in the mid-1990s, Michael was a solicitor at the Melbourne office of national law firm Blake Dawson Waldron (now Ashurst) where he specialised in corporate and commercial law.

Michael was awarded a Centenary Medal for service to the Australian building industry and the community. 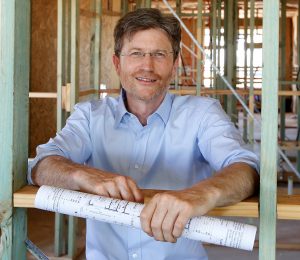