Anton van den Hengel is the founding Director of The Australian Institute for Machine Learning, a Chief Investigator of the Australian Centre of Excellence in Robotic Vision, and a Professor of Computer Science at the University of Adelaide. Professor van den Hengel has been a CI on over $60m in external research funding from sources including Google, Canon, BHP Billiton and the ARC.

Prof van den Hengel and his team have developed world leading methods in a range of areas within Computer Vision and Machine learning, including methods which have placed first on a variety of international leaderboards such as: PASCAL VOC (2015 & 2016), CityScapes (2016 & 2017), Virginia Tech VQA (2016 & 2017), and the Microsoft COCO Captioning Challenge (2016). Professor van den Hengel’s team placed 4th in the ImageNet detection challenge in 2015 ahead of Google, Intel, Oxford, CMU and Baidu, and 2nd in ImageNet Scene Parsing in 2016. ImageNet is one of the most hotly contested challenges in Computer Vision. 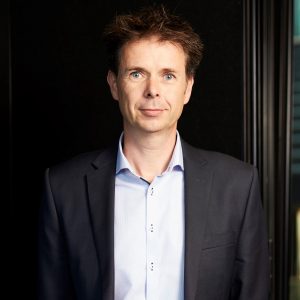 45 – Personal growth comes from living outside the comfort zone

46 – Getting into the flow using thought power
Scroll to top