“Playing at the top of your game: Discover the mindset for success”

Former Australian batsman/wicketkeeper Wayne Phillips is an entertaining story teller! A great guest speaker and master of ceremonies, Wayne will bring humour to each event.

South Australia’s Wayne Phillips was a rakishly built left handed batsman and wicketkeeper who represented both state and country in Cricket over the course of a first class career that spanned the thirteen year period between the 1977-78 and 1990-91 seasons.

Phillips enjoyed a meteoric rise to the top flight: his commanding 159 against Pakistan in Perth made him only the fourteenth Australian in Test history to compile a century on debut.

In mid-career, he was asked to become a wicketkeeper on the basis of his experience as a gloveman at underage and club level and as a response to the development of a gaping hole in the Australian team following Rod Marsh’s departure. While the move was not without some short-term benefits – his sound wicket keeping skills and a courageous second Test century on tour in the Caribbean in 1984 encouraged hopes of a long and fruitful.

Ultimately, Phillips became involved in full-time coaching work in 1996 at the Australian Cricket Academy in Adelaide and then moved into the role of head coach SA Redbacks for four seasons from 2004.

Wayne has enjoyed a long association with the media in Adelaide appearing regularly in television and radio with Channel 7 and Radio 5AA, he also is heard at all AFL games at the Adelaide Oval as the face and voice of the screens within the ground. 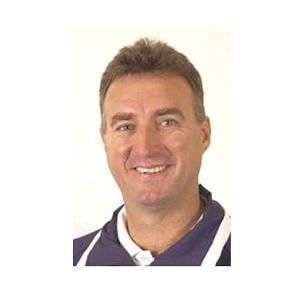